The Church of the Living Tree
The Evanescent Press
Earth, Pulp & Paper

: founded Taliesin, a college magazine at Brown University “for the ideas of the fanatic fringe,” and published the first three issues.

: authored and privately distributed six copies of The Philosophers’ Stone at Zurich, Switzerland.

: authored, printed by hand-set letterpress, and hand bound in hard covers Lapis Philosophorum, 50 copies, at the new location of The Evanescent Press in San Francisco, California;

translated from the Latin and printed by hand-set letterpress Tabula Smaragdina (The Emerald Tablet), by Hermes Trismegistus;

began teaching classes in Hermetic Alchemy in San Francisco. These classes continued off and on until 1983.

printed by hand-set letterpress onto hand-made paper, and hand bound in hard covers The Shoemaker and the Elves by the brothers Grimm, 108 copies (ISBN 0-945303-04-1).

: authored, printed by hand-set letterpress, and hand bound in hard covers An Original Commentary on the I Ching, 250 copies.

: authored Theophany, the Pattern of Order and made 27 copies in manuscript with full color silk-screened illustrations, hand bound in hard covers.

: printed by hand-set letterpress onto hand-made paper, and hand bound over cords in leather covers, gold tooled and gilt edged, with four illustrations designed by the author and printed by letterpress in three colors and three halftones Theophany, the Pattern of Order, 134 copies (ISBN 0-945303-05-X); 175 copies printed on commercial paper, hand bound in hard covers (ISBN 0-945303-06-8);

established complete facility for making hand made paper from cotton rag on new 66 acre property in the mountains of Mendocino county near Leggett California;

designed and printed Microcosmos by letterpress in four colors and three halftones on handmade paper, 43 copies.

: printed a new version of The Emerald Tablet by letterpress on handmade paper, 16"x20", 60 copies.

: printed the Declaration of Independence, by Thomas Jefferson et. al., 1776, letterpress on 100% hemp paper from hemp grown in Mendocino and Humboldt counties, California (anonymous donations).  The first edition of 400 copies was signed and numbered, many other editions followed;

authored and published New Solutions to the Problems of the Present Day - a Plan for International Prosperity and World Peace, by John Stahl, 48 pages, paper cover (ISBN: 0-945303-13-0);

founded The Church of the Living Tree to promote the cause of Trees left on earth.

: filed permit with the DEA to cultivate fiber hemp for the paper mill.

: founded Earth Pulp & Paper to promote the use of tree-free pulp and paper.

: founded Agstone Construction to develop a new construction technique that uses a kind of concrete made from a mix of materials based on hemp and agricultural waste.

: Published second edition of Patterns of Illusion and Change.

: Published as a single book two low-cost editions of The Emerald Tablet, Hermetic Alchemy, and Patterns of Illusion and Change.


(Information on the Church of the Living Tree, the Evanescent Press, Earth Pulp & Paper, and Agstone Construction can be found on our web site (www.tree.org).

My publishing career began with fine editions of my own works hand set in letterpress and hand bound in permanent hard cover editions, culminating in the publication of the elaborate Theophany on hand made paper in 1979.  While this has always been satisfying, the high cost of small editions limited distribution to a very small circle.  Computer typesetting and “desktop publishing” (all of which I do myself) has allowed me to produce larger editions with more text, and to produce them at low cost.  However, while I am finally reaching a larger audience with these books, I am currently interested in returning to the finer quality of hand printed books in small editions (without discontinuing the low cost publications).

Accordingly, I have set up complete facilities for making paper by hand.  Since the requirements for letterpress printing are similar to the requirements of fine artists for printing their works on paper, I furnish paper to the artistic community as well as for my own needs.

The writing material I have been working on for most of my creative life has all had to do with the most fundamental and abstract elements of philosophy and metaphysics.  Early on I was influenced by Bertrand Russell: in Why I Am Not A Christian he points out that there are so many contradictory religions in the world that it stands to reason, as a matter of logic, that no more than one of them can represent the truth (implying that they are all bunk).  However, as my studies carried me deeper and deeper into most of the world’s systems of philosophy or religion, Eastern or Western, revealed or occult, I began to discover that, when I finally penetrated to the core of any system of thought that attempted to explain the primary mysteries of nature, I found the same essential ideas, albeit clothed in many extravagant and varied costumes.  Turning Russell’s idea around, I began to be convinced that these ideas must collectively represent some kind of truth.  Since then I have been trying to elucidate precisely this thread of truth in as clear a way as possible, drawing upon the symbols of Hermetic Alchemy, the Hebrew Kabbalah, and the Chinese I Ching as the most ingenious of the esoteric systems of thought I have studied.

When one of my students once asked me why they should take any interest in metaphysics, I was really surprised.  Surely it must be clear that we study the Process of Change in order more satisfactorily to direct our own personal evolution as well as that of the entire human race, and, finally, the entire biosphere of life on the planet.  To this end, my recent interests have been moving more toward applications of philosophy rather than the abstract forms of the ideas themselves.

Social, economic, and political philosophies, however, are extremely complex and are well outside my own fields of study, but a few ideas come through emphatically: in the first place, I agree with a great many original thinkers that no real breakthrough in planetary evolution can take place until the entire human race is somehow united into a single, stable political entity.

The second clear idea is that the most important way to safeguard the physical and biological health of the planet is to plant trees.  The human race and other plant and animal species have evolved and flourished on a planet covered with trees.  Let us express our optimism for the future by re-planting the forest and the garden.

My present work focuses on new directions for the paper industry.  In my own work of the last few years, I have experimented with alternative fibers, principally hemp and kenaf.  Most of the paper we make at the

Evanescent Press is now made from a pulp base formed of hemp and kenaf (some of the hemp is locally grown, and some is from a mill in Spain; the kenaf is processed ourselves from raw fiber, grown in California).  Because of the poor record of pesticide use on the cotton crop, we now use very little cotton in our papers.

Since half of all harvested trees end up chipped up for pulp, we have been advocating alternative fibers for the commercial paper industry.  We cultivate a variety of fiber plants at our northern California location, including paper mulberry, hemp, kenaf, milkweed, thistles, and nameless weeds.

Earth Pulp and Paper, is now in the process of setting up pulp mills to make pulp from alternative (non-wood) fibers, mainly hemp and flax, based on the technology of the New World Pulper, the rights to which we acquired some years ago.  We expect to have alternative fiber paper on the market soon.  See Current Progress Report.

We are currently involved in a number of building projects employing the use of Agstone, our concrete mix of organic materials bound with lime. 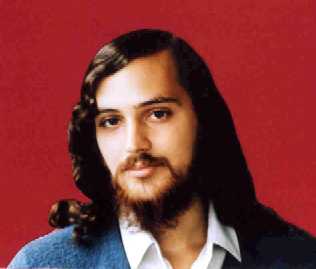 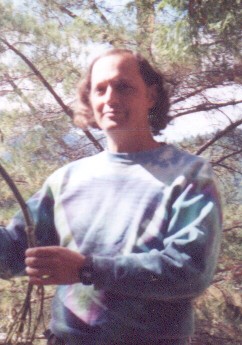 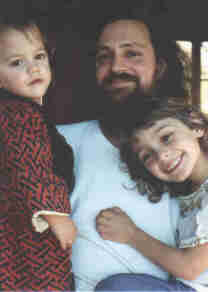