John Roland Stahl (born April 1, 1947) has been making handmade paper since the early 1970’s, which he has used for printing (by letterpress) and hand binding his own books (vide: Theophany).  Theophany is an original presentation of a system of philosophy and metaphysics with reference to Heraclitus, Pythagoras, Lao Tzu, the I Ching, and The Tree of Life, including an illumination of the Tetragrammaton, the original meaning of which is said to have been lost.

All of his life he has been concerned with the biosphere of our planet and its trees, and in 1992 he founded The Church of the Living Tree at tree.org. The destruction of our ancient biological heritage of our elder sisters, the Trees, is the greatest mistake in the evolution of the human race, up from the edge of the sea.  All of the problems facing our contemporary world can be traced to the loss of the trees ~ of course they are the ultimate carbon sink, but they also soak up the rains during the rainy season, and slowly give this water back to us from springs throughout the year, avoiding the catastrophes of severe drought and massive flooding, of both of which we have seen quite enough lately.  The drought in California is the worst in 1200 years, and flooding disasters get worse every year.  Even the Pandemic, with more to come, is all caused by the collapse of our biosphere due to the loss of the trees.  Perhaps even the vacuous stupidity of idiots like Donald Trump and Vladimir Putin (among a very long list of others, e.g., Jair Bolsonaro) is caused by an insufficiency of oxygen in their atmosphere, and too much carbon dioxide.  If we have any hope of survival as a species, we must restore the forest. 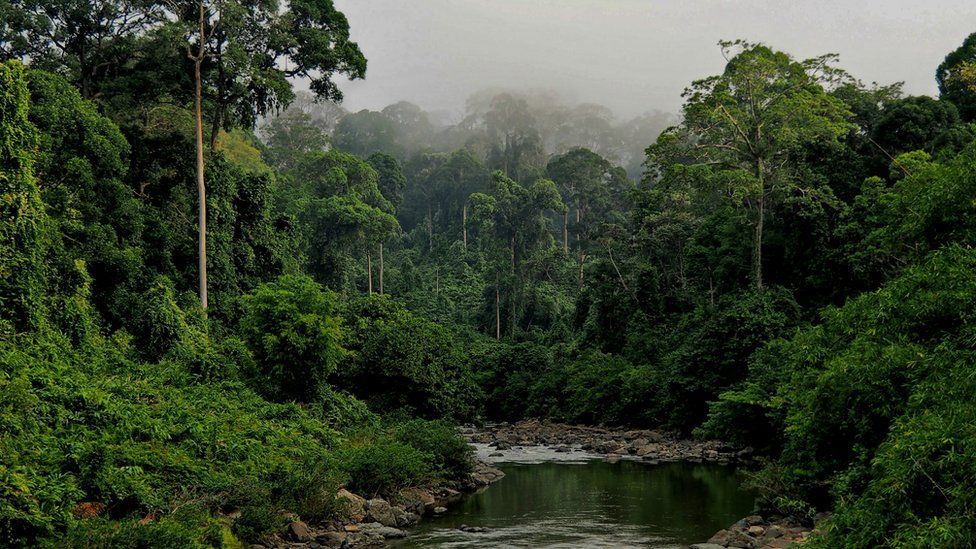 ~ and stop pulping up wood for paper, so that our mailboxes can be filled up with junk mail !  There are a great many sources of alternative fibers like hemp and kenaf, plus an enormous annual supply of agricultural waste, all of which can be fed right into the maw of pulp machines which can produce all of the paper products you want, from fine paper to packaging materials, without cutting down a single more tree.

His experience making paper includes a wide variety of alternative (non-wood) fibers, including cotton, abaca, hemp, kenaf, flax, spartina grass, sow thistle, yellow dock, and numerous other agricultural by-products and roadside weeds.  He acquired the rights to the pulping technology designed by V.S. Krotov, of the Pulp & Paper Research Institute in Kiev, in 1994, and has funded and supervised the development of the engineering work.  There is now a complete set of detailed drawings together with about 1200 pages of explanatory material, translated from the Russian language under his supervision, and the project is now ready for construction of the mill and production of low cost environmentally friendly tree-free pulp and paper.

After a lifetime of studying esoteric and occult philosophies and theologies, John Roland Stahl (tree) offers three contributions to the evolution of the understanding of ancient and esoteric wisdom.  The first and most important is his discovery of the meaning of the Tetragrammaton, the Name of God, revered as the highest expression of philosophy and theology, depicting the nature and essence of God and his relationship with Man.

Each of the four letters refers to the corresponding part of the Tree of Life of the Kabbalah, and represent the four primary mysteries (Arcana) of Nature, also called Tetractys by Pythagoras.  The sequence of these four primary Mysteries is the thread at the core of all esoteric and occult teachings.  It describes the creation of the cosmos ex nihilo, and deduces a metaphysics of the unfolding of Being as a priori knowledge.  That is, the ideas were not invented; they were discovered ~ they were already there, inherent in the idea of their number, as discovered by the epiphany of Pythagoras.  Many others have discovered these mysteries over the years.

In addition, and of almost equal interest, there is the correlation of the Planets and Metals of Astrology and Alchemy with the eight Primary Trigrams of the I Ching and the Colors of the Aura.  The implications of this work cover the whole range of Hermetic philosophy, as it describes the entire field of ideas between Being and NonBeing, Infinity and Zero, Unity and Solitude, Life and Death.  The rainbow of colors is contained inductively in the idea of light, showing how the Universe proceeds from Nothing and contains Everything.


Roland Stahl has been publishing his own books of esoteric philosophy and metaphysics under the name of The Evanescent Press since 1971 in Montreal, letterpress printed from hand-set type, some on his own handmade paper, and hand bound.  Most of these writings have been reprinted in commercial editions ~

In addition, two collections of writings have been prepared, which may be downloaded as e-books ~

Selected Articles: Metaphysics and Theology, 1989-2019
This is just the philosophy, without the radical articles.

One Planet Makeover
This is a collection of articles on global social, economic, and political themes.