Vladimir Putin has so thoroughly disgraced Russia that there is no continuation from here whatsoever, short of an entirely new regime in Moscow ~ or, better yet, in Saint Petersburg, in honor of Peter the Great, of glorious memory.  A close analogy to what I am trying to suggest is the reconstruction of Europe after the defeat of Napoleon in 1814.  Representatives of all the European states met at the Congress of Vienna to sweep up after Napoleon’s rampage.  Due to the brilliant management of Talleyrand, France, the defeated nation, came out without much substantial loss, apart from Napoleon’s recent conquests.  All the blame was laid onto the shoulders of Napoleon, and the other European powers felt no need to punish the people of France unduly (vide: The Lives of Talleyrand, by Crane Brinton).  In the same way, if Vladimir Putin were packed off to the Gulags in disgrace, and an entirely new regime were put in place, Russia could, perhaps, rise from the ashes of Putin’s madness and find a place at the table once again.

The new regime needs to be entirely new (or sufficiently old), to get the taste of Putin out of our mouths.  How about a restoration of the Tsar?  Perhaps the Russian people could choose to elevate the Grand Duchess Maria Vladimirovna as Empress of all the Russias.  She might repudiate all the nonsense coming out of Russia ever since 1917, and begin the process of starting a whole new (old) identity for Russia.  Russia might be welcomed once again to the family of Europe, sanctions might be lifted, and life might gradually return to normal, with everyone living happily ever after ~ or at least living, which is a step up from current prospects. 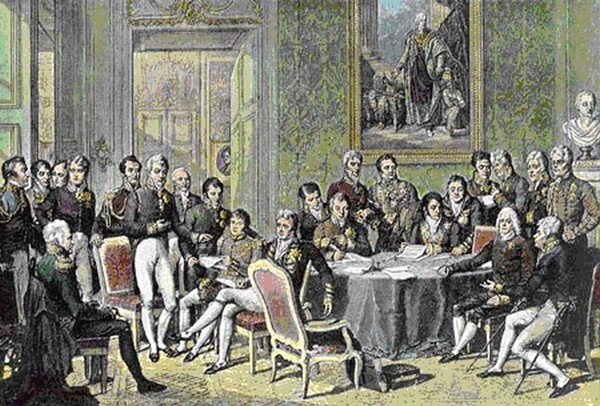