The One World Government Problem


This “One World Government” business seems to be about the most red hot Mother of All Conspiracy Theories of them all, enough to instigate a barroom brawl wherever it is mentioned.  I have never understood it.  Reading in history about the slow and steady progress towards unification in all of the various princely states of Europe, it is possible to see a long view of what is going on.  It was not so long ago that all of Italy, for example, was just a jungle of sovereign states and powers, endlessly warring and conspiring with each other.  This process has been going on for centuries, millennia, and it has a long way to go.  The inevitable teleology is pretty obvious ~ sooner or later, the entire human race must be drawn together into a single fold, as a matter of survival and growth.  In every case, unified countries show greatly improved cooperation among the various peoples enfolded under their banner.

It is not as though I haven’t noticed it yet, or mentioned it ~ apart from my call to plant Trees everywhere, by the millions, billions, and trillions, this One World Government problem has been my most insistent voice.  I have just looked over the October 2020 article, One World Government, and it’s all there, clear as a bell.  Here, and previously, I have celebrated some of the world’s greatest visionaries ~ Einstein, Teilhard de Chardin, Bertrand Russell, and H.G. Wells, all of whom have stressed the obvious and urgent necessity of completing this unity of the world, before any further progress can be made on any front.  That means this has to happen first, before you need expect much progress on war, death, taxes, or climate change.

But what I can’t understand is why is this not clear to everyone? It takes a child like Greta Thunberg to stand up and shout, “The Emperor is wearing No Clothes! ~ and why hasn’t anyone else noticed?!”  Our “Leaders” are doing nothing; and that’s the best of them; the worst ones, like Vladimir Putin, Donald Trump, or Jair Bolsonaro are waving flags and selling hot dogs, while applauding and rejoicing in the destruction of our planet.  Our world is desperately out of control on every hand, and getting worse on every level; and every time we hear about it getting worse, we are told that it is six times worse than it was thought to be before.  And yet, the rampaging Masters of the World go on partying and pillaging as fast as they can, while the rest of the population just look on, dazed, like the zombies they are, hoi polloi

What I find most astonishing is that no one else seems to be bothered about what’s going on, at least not bothered enough to suggest any way at all of dealing with the problem.  It is not a matter of some world-wide conference of the various states and powers (read: wealth) of the world in which there are numbers of suggested Programs of how to progress forward, all of which are hotly contested, as no agreement can be made on which course to pursue.  No.  There is nothing at all.  No one has a clue.  Yawn.  The only choice on the Ballot is Business as Usual.  Anyone who advocates anything different is considered a radical or a deviant (as, of course, they are).  Not that anyone’s taking a vote.  It seems to be taken for granted that nothing can be done.  Just keep the popcorn coming, and watch the show: The Decline and Fall of Planet Earth. 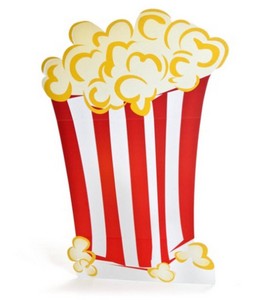 I have been calling for a Convocation of the Wealthy and Powerful (the Masters of the World), as the only ones who have the power to make something happen.  But now I think that perhaps what is needed is a Convocation of the Visionaries.  So now I call to all Visionaries of the world ~ let us meet in Conclave at the Grotto, and try to work out a plan of action.  Yes, I have a great many ideas of my own, but if anyone has some better ideas to propose, I want to hear all about them.