Take Away Their Guns


The solution just hit me – take away their guns!  I share the growing disgust at the egregious use of excessive force by the police departments, and I applaud the decision to “abolish the police department,” as some local communities seem to have done.  But, while that may be a satisfying ventilation of anger, it isn’t really going to be an effective solution to the problem.  In one way or another, problems are going to arise, drunks will get into fights, men will beat up their wives, and con artists will fleece the gullible.  This isn’t going to stop, and there’s no way to suggest that we can do without some organized intervention.

But what about taking away their guns?  As a first step, I think that would, at a stroke, end the assassinations and murders of Black people, and everyone else – at least by firearms.  Plenty of recent murders have been effected without shooting the victims, so taking away all police guns would not totally stop police violence and brutality, but I suggest that it is an excellent place to begin.  Of course, there will always be some special forces who will continue to carry guns; I understand that, as a realist, but the everyday cop on the beat should go about his duties without anything more lethal than a club or stick, similar to what the London police bobbies relied upon (many years ago, but within my memory), not carrying firearms at all.  In fact, that was what gave me the idea of “taking away their guns.”

The train of thought began from the guns – for better or for worse, the Constitution pretty well guarantees the right of citizens to bear arms, so any efforts to restrict the prevalence of guns run into a substantial brick wall.  But taking the guns out of the hands of the police may be the best foot forward in the campaign to restrict the use of guns from everyone else.  The pressure against guns, in defiance of the Constitution, must inevitably be a very slow grind.  There are plenty of restrictions and limits and waiting periods and registrations that can be applied on the one hand, and significant penalties for improper use of firearms on the other.

But, if the guns can be taken out of the hands of the police, forcing them to rely upon human solutions to problems rather than blunt force, it could pave the way for an understanding of society in which guns do not play a part.  Police may say that they would be afraid of their lives if they go into a brawl without carrying a gun.  But they should be afraid!  If they are afraid of their lives, they are more likely to deal with a problem in an appropriate and even handed way.  Again, remembering the earlier example of the London police, where there were very strict penalties for killing a policemen, the force worked very effectively to curtail criminal elements.  When the police begin carrying arms, the criminal classes carry arms as well, and incidents of violence and murder go up.  Of course, the police are not voluntarily going to give up their guns, but I think it can be a far more effective expression of public outrage for local municipalities to pass legislation denying policemen the right to bear arms!  Suppose the police in Detroit, or anywhere else, have to go on their rounds of intervention without carrying firearms at all?  We will see how they like it.

At the first sign of inappropriate use of force by the police, just take away their guns, and let them walk around naked for a while, just for an adjustment of consciousness (a gun is a famous phallic image).  I think it would be a hundred times more effective than simply voting to abolish the police departments.  Where the police departments are abolished, the out-of-work police can just sit back, smugly, and wait for the people to come back to them, cap in hand.  But if the police are forced to continue performing their functions without carrying guns, it will teach them a lesson they will never forget. 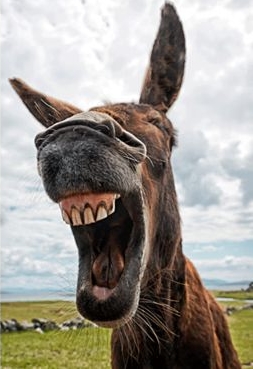