The Price of Gas


As the price of gas continues to rise out of control, everyone is up in arms.  President Biden is willing to sanction more oil and gas leasing on federal lands in an effort to address the problem.  Elsewhere in the world, coal fired power plants are continuing in operation and new ones are being built in an effort to offset the rising costs of fossil fuels.

Wrong, wrong, wrong.  The price of gas has to go up !  High gas prices are very good news.  Skyrocketing prices for wood products of all kinds are very good news.  This is the face of resistance to climate change.  This world is suffocating (literally) under clouds of greenhouse gases largely caused by out of control use of the private automobile.  The joke is that in Los Angeles, people drive their car in order to cross the street.  If this world is going to recover from the onrushing climate change catastrophe, we are just going to have to get used to constantly rising fuel costs.  Commuters will have to car-pool, take the train, ride a bicycle, or, better yet, move closer to where they work (so they can more easily ride their bicycle to work).  And all of this flying around the world to attend some frivolous social event has got to stop.  The most effective and obvious way to change people’s habits is by directly affecting the costs of excess fuel consumption.

High gas prices ?  Instead of auctioning off more gas and oil leases on federal lands, the government should add another $12 per gallon tax at the pump for gasoline (OK, starting with an extra $2, and increasing annually until we reach the targeted result of dramatically reducing reliance upon gasoline fueled transport).

Welcome to the new world in which we are all trying to stay alive in the face of rampaging climate catastrophe.  Get used to it.

By the way, I don’t begrudge the billions of Elon Musk, Jeff Bezos, or Bill Gates.  Bill Gates blazed the trail for the most incredible advance in technology since the printing press; Jeff Bezos set up a very nifty online marketplace, in which they do a lot of things right; and Elon Musk was right up front with the essential new direction for the automobile (but cash out of Space-X before the crash).  But, as they requested themselves at the Davos Summit, tax them very heavily – they won’t mind at all.  As long as a wealth tax be applied equitably, all the mega-wealthy will still have plenty of money for their toys, and if that means a stupid big yacht, I hope it gives them pleasure.  As for me, I would have more fun in an 18’ sloop-rigged sailboat.  Actually, now that I think about it, if I had the funds, I might go a little bit bigger. 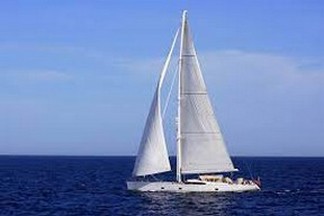