I always keep looking for the root causes of problems.  It is useless to keep stretching new band-aids over festering wounds, when what we really need is something much more fundamental.  I look at the political problems facing the United States, and the Rest of the World, too, and I compare it with the escalating Climate Catastrophe our planet is experiencing, along with the Pandemics, and the Fires that are literally burning our planet up, and I try to think, ôWhat is the Root cause of all of this mayhem?  What is really causing this?ö

My standard answer, for the last fifty years or so, has been that the wanton destruction of our planetary heritage of Trees is the biggest problem underlying everything else.  Now they are telling us that planting trees is not even sufficient anymore.  No, it is not Sufficient, but it is Necessary.  This planet is too far gone to be restored to vitality merely by re-planting the Trees that we have destroyed.  But it is the underlying pre-condition before anything else can really begin to help.  Itĺs not just about carbon.  There is a whole organic biosphere that needs to be restored, and packing compressed carbon dioxide into barrels buried in the ground (at astronomical expense gleefully financed through the Banks) is not the solution.  A much better solution is to restore all of that carbon to the planet as Trees that have always been the foundation of its health and vitality.

But I have realized that this problem cannot even be addressed in todayĺs world, as long as the planet continues as a lawless raging jungle, activated solely by financial considerations.  I have said before that Money is the same as Power, in the same way that Matter may be converted into Energy ~ they are two names for two expressions of the same underlying concept.  And, just to emphasize again the main point, that is no way to run a railroad, let alone a Planet.  That whole cloud of psychic energy which we call Money (or Power) is what runs this planet, and has been causing its inevitable collapse, which is now upon us.

So, before we can address the physical dying of our planet, we have to address the raging conflagration of Power Points (e.g., Donald Trump, Vladimir Putin, Xi Jinping, Google, Amazon) all struggling for dominance, which is the cause of the planetĺs disease.  Yes, of course this is the same old theme, because there really isnĺt any other hope unless we figure it out ~ that reliance upon financial gain and profit is not suitable as the motivating force driving all activity on the planet.

But todayĺs idea is to see the problem from a yet more fundamental view ~ always trying to get to the ultimate Root of the Problem.  And I find that all knowledge of God seems to have been lost to the present generation.   Deus Mortuus, Deus Absconditus, aut Deus Perditus.  Is God Dead?  Or is He only in Hiding?  Or has He been Lost?

Since my father was a Methodist minister, I encountered the problem of God at a very early age, but couldnĺt understand it.  Since then, I have made it a major study, and long ago I began to figure it all out.  Now it all seems so simple and obvious.  Whether you believe in God or not, at least it is clear what it means.   God is to the World as a Gardener is to his Garden.  Did the Gardener die?  Has he turned from his garden and hidden himself away?  Or has the Garden lost its Gardener?

All this talk about the Gardener makes me sound very conservative, certainly paternalistic (although, of course, the Gardener we are looking for might be either male or female, or even something in-between).  Authoritarian is the word, I guess.  Yes, certainly ~ it is all about the Source of Authority !  That is the fundamental problem of the world, and the one which must be addressed first of all, before the other problems can be sorted out.  You need a King to keep the Nobles in check.  The King, whose power comes from God, allies with the People, in the same way that the whole Free Farm economy and all the free services of health, education, food, and transport are all to support the People, while the Nobles are taxed by the King to pay for it all.  But the King cannot be just the most powerful bandit of the lot ~ He must be on a higher level, in which the King is really identified as God.  It is no coincidence that this pattern is exactly the pattern of human society from its infancy.  So, yes, we long for the Return of the God-King, as in all the best fairy tales, and, lest you misunderstand, we are certainly not talking about the Donald !  What a comical joke for people who somehow yearn for the Return of the King to see someone like Donald Trump as the possible Messiah they have been looking for.  My viewpoint rises quite a bit higher on the Conservative scale than that !  No, we need to recreate a new King as an Avatar of God in a dedicated Alchemical Vessel.

A lot of people are very fearful of the implications of all of this, but it is certainly clear to me and to a great many other visionaries that our little garden would be a whole lot better off if the Gardener would come back.  Please, if we have lost our Gardener, let us cultivate a new one.  If we gather a Seminary of healthy young people from all over the world, and give them the best encouragement we can in every way, then surely an Avatar of God will come into Being among them.  Thatĺs how magic works.

And if you can figure that out, you will not only understand Magic, but you will also understand God. 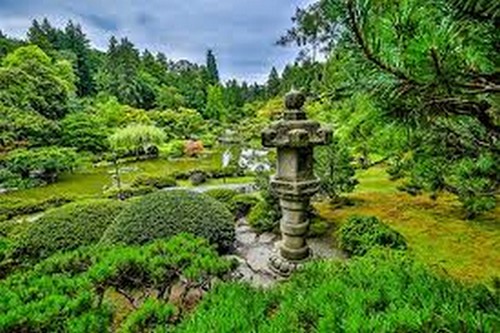